"Betty Bunheads" is the eighteenth episode of season one of the Australian television series, Dance Academy. It aired on 23 June 2010 on ABC3 and on June 25, 2012. The episode was written by Alicia Walsh.

Petra is thrilled when Mr. Kennedy invites her to stay in Sydney at the Academy, however when the Berlin Ballet Company offers her a contract she has a difficult choice to make  her lifelong dream or the chance to spend the next few years as a student and a teenager? It's good news to everyone when Petra decides to stay, except for Abigail who sees her as a serious threat. Abigail engineers it so that Petra and Tara miss their rostered time to help with the auditions for the Junior School's Summer Program which lands them in hot water with Miss Raine. Thinking they have a free afternoon, Petra and Tara, along with and Sammy, celebrate by going out for a picnic in the Botanical Gardens. Petra has a serious crush on Sammy and now that she is staying in Australia she'd like something to happen between them. Meanwhile, Kat learns that Scout is auditioning for the junior school but her offers to help are rebuffed because she is still not forgiven for disappointing Scout last time. However, when Scout misses out on a place, Kat enlists Christian's help to get her another audition. At the same time Sammy and Abigail have begun secretly kissing, but while Sammy wants to make their relationship public, Abigail insists it remains behind closed doors. In the end Petra decides to go home to Germany, to her family and to live her dream but she will remember the friends she made at Dance Academy forever. 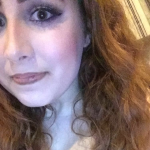 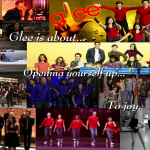